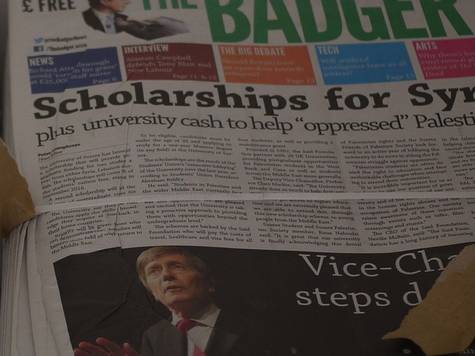 I stand against censorship of the Sussex student newspaper

The latest issue of the Badger (student newspaper at the university of Sussex) contained an article about a lawsuit involving vice chancellor Michael Farthing. The news of the lawsuit comes a few weeks after Michael Farthing had announced that he would be resigning from his position as Vice Chancellor.

The University of Sussex and Student's Union refused to allow the issue to be printed with the article and have blocked efforts at distribution, going so far as to disable email accounts used by Badger editors.

Find out more on the Guardian website and the Sussex Independent