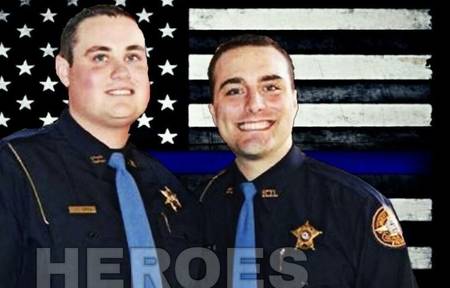 Rename Hurricane Field for the Fallen Americus and GSW Officers

On December 7, 2016, Americus Police Officer Nicholas Smarr and Georgia Southwestern State University Public Safety Officer Jody Smith, best friends since kindergarten, were mortally wounded while responding to a domestic violence call. Smarr died that day shortly after performing CPR on Smith, who died the next day. Both Officers perished in the line of duty serving their community and university. Both were fine officers and even better men and will be sorely missed in the Americus and Georgia Southwestern communities.

This petition calls upon on Georgia Southwestern State University, working with the approval of Georgia Governor Nathan Deal and the Board of Regents of the Univiersity System of Georgia, to rename Hurricane Field, the home of the university's men's baseball team, in memory of these fine fallen officers. We also petition the University, in conjunction with the Board of Regents of University System of Georgia, to allow for an appropriate, tasteful memorial to be located on the stadium grounds to honor their memory, and the memory of all law enforcement officers who died in the line of duty in Sumter County, Georgia.