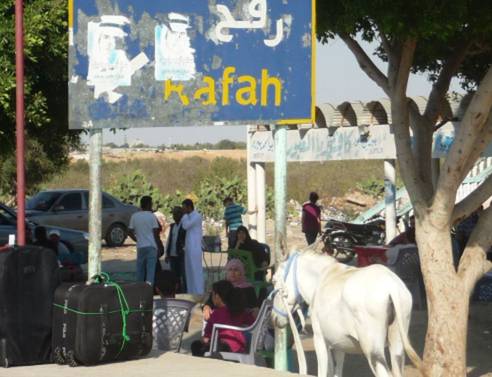 Do not prevent Americans from traveling to the Gaza Strip

I'm an American attempting to return to Gaza to teach and bear witness to the daily struggle of the Palestinians living there. I was last in Gaza September 2012 - May 2013.

For nearly a decade, the State of Israel has blockaded the Gaza Strip, preventing thousands of Palestinians and foreigners from traveling to and from Gaza through the Erez Crossing in the north.

Following Israel’s Operation Protective Edge in 2014, the Egyptian Ministry of Foreign Affairs introduced a requirement stating that before it will issue clearance to travel to Gaza, foreigners must provide documentation from their embassies.

Many Americans wish to travel to Gaza to volunteer their time and talents, to learn about the reality on the ground, and to stand in solidarity with the Palestinians.

We petition Ambassador Beecroft and Deputy Chief of Mission Goldberger in the U.S. Embassy in Cairo to resume issuing waivers to American citizens who wish to travel to Gaza.