Amendment XXII passed by Congress March 21, 1947 and ratified February 27 1951 states, no person shall be elected to the office of the President more then twice.

Before then the limits to the presidency were more of an unwritten standard brought on by George Washington, who did not run for a third term.

The two term limit was only set after FDR ran and WON for four terms. FDR pulled us from the depths of the great depression, he signed Social Security into law and he saw us through WWII.

We support the man who supports those ideals. Obama has been working to pull us from our financial depression. The economic stimulus has helped many. The Cash for Clunkers, the Bailout of GM, Student Loans, and his plan for Tax Reform to mention but a few. Obama has been working to protect Social Security whereas Romney and Ryan would end it and Obama has been fighting our war on terror.  The list of terrorists obtained or killed under Obama is not only extensive but includes terrorist #1, OBL!

Can we vote Barack in for a third term? Not yet. But signing this petition says,

We would if we could! 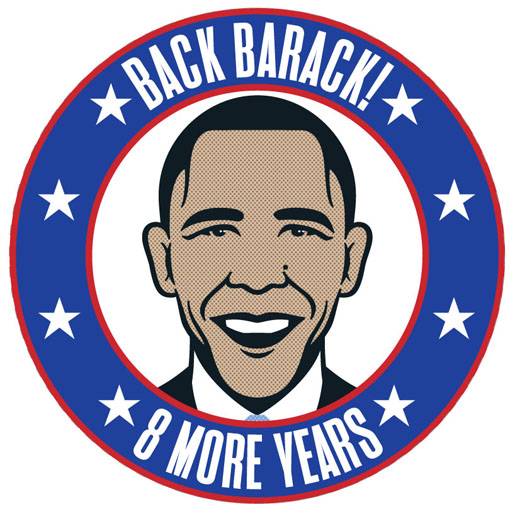