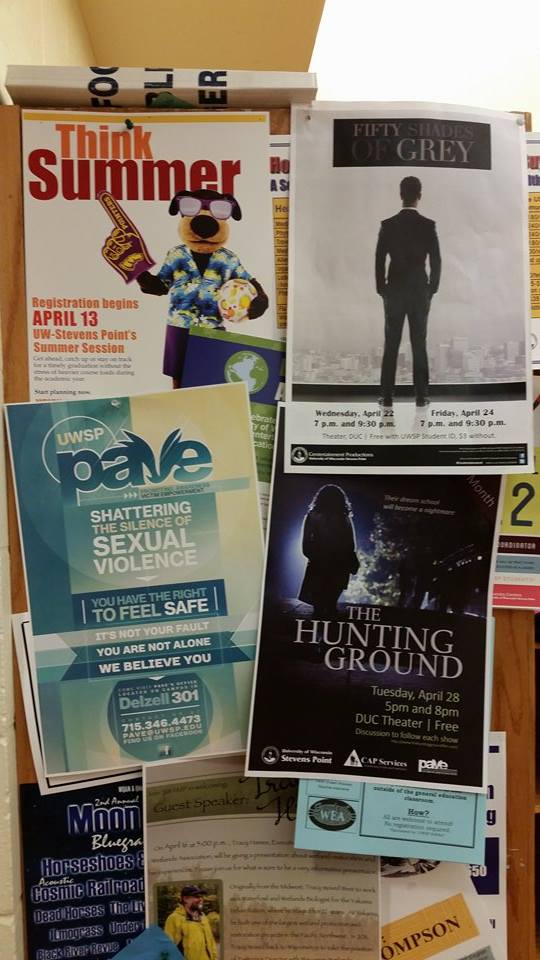 The month of April is Sexual Assault Awareness Month. Here on campus at UW Stevens Point we have take a number of initiatives to educate and encourage healthy relationships and eliminate sexual assault.

Despite this, we have also decided to promote 50 Shades of Grey as a movie choice in our DUC theater. This movie has come under attack for walking a dangerous line between "dominance and abuse" as well as precipitating an attack at University of Illinois. (links to article at end)

As a student body we not only have the right, but also the responsibility to speak out when we do not agree with something influencing our campus culture. With this petition we are voicing our frustration and calling for actions that would contextualize 50 Shades of Grey on campus. We do not want to censor anything or get anything removed, but to encourage those around us to see through the veneer presented by the film to the dark reality many of us face when it comes to sexual abuse within ourrelationships.

One of the ways we can do this is to promote The Hunting Grounds, a film about sexual abuse on college campuses, being shown the following week at 8pmin the same theater as 50 Shades of Grey. By choosing to oppose the first and attend the latter we use our actions to vote about the kind of campus culture we support.