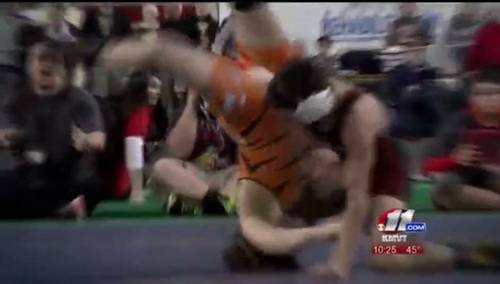 We are writing this protest to ensure that something is done to build awareness regarding the danger and illegality of a backflip during any wrestling match. Currently, the act is being glorified on social media for both its athleticism and for winning a state championship. If you watch the video link below, you will see that both wrestlers land on their heads and the Mountain Home wrestler appears to be seriously stunned from the violent hit to his head. http://www.kmvt.com/content/sports/Five-local-wres...

We strongly believe that without strong leadership from the Idaho High School Athletic Association there is a high probability that young athletes will be seriously injured attempting to do backflips in either wrestling practice or competition.

We are pleading with you to do the following.