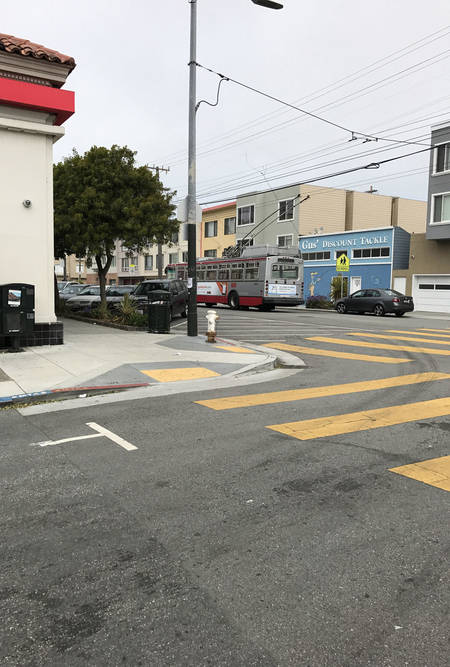 Make our neighborhood safer! The Balboa & 38th Avenue intersection is an area where cars are illegally parked at the SW intersection and traffic on Balboa doesn't always yield to pedestrians. Adding two stop signs along Balboa will significantly mitigate chances of an accident.

MTA has confirmed they are working to add near-term improvements, which include soft-hit posts and khaki paint on the northeast and southwest corners of Balboa & 38th. This is start, however adding stop signs would ultimately slow the traffic for Richmond District pedestrians.

The Balboa & 38th Avenue intersection has become increasingly busy for our District’s children, with schools located in walking distance – St. Thomas the Apostle and Lafayette Elementary School – and family friendly small businesses on Balboa. Let's work together to ask MTA to calm the traffic and make this intersection safer by adding stop signs.

Will you take action and sign the petition to support a safer Richmond District?