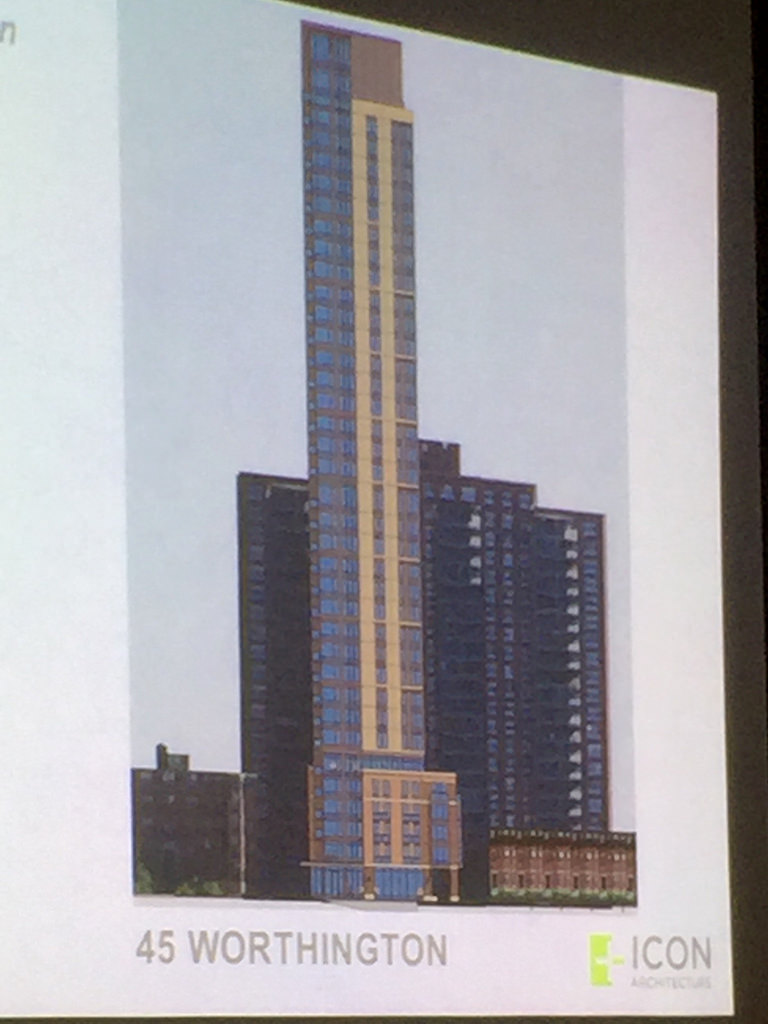 This petition requests that the BRA refuse to accept a PNF from ERP Operating Limited Partnership for the 45 Worthington Street Project. We believe this project should not be considered for development for the following reasons:

Height: The building would be much higher than anything in the surrounding community—probably around 400 feet— probably more than 300 feet taller than the 75 feet allowed height for the Article 59 MFR subdistrict. It would block the view of many residents and create shadow and wind impacts for abutters.

Traffic impact: The proposal is for traffic to enter from Smith and Worthington Streets, which are narrow, 19th century streets, inadequate for the traffic that will be generated. Traffic already backs up on to Huntington Avenue and Tremont Street from these tiny streets; additional cars will make the situation more dangerous. By contrast, the three high rises already on the parcel front on St. Alphonsus Street, (which was widened to facilitate traffic) and Huntington and Tremont, both major thoroughfares.

Parking: Only 270 parking spaces are proposed for 690 units. (295 existing units and proposed 385 units.) Parking is already extremely difficult in the neighborhood.

Scale and density: There are three existing high rise buildings along St. Alphonsus Street, making the area extremely dense already. The project will front on Worthington Street in the Mission Hill Triangle Architectural Conservation district, a residential area of brick and brownstone row houses, which are only 35 feet high. The proposed building would be more than 10 times higher. This height would be appropriate in the down town business district, but not in a residential area. There are some 65 houses in the historic district, in a balanced mix of owner-occupied and rental units, creating a close-knit community. To add 385 rental units on Worthington Street would upset this balance and change the character of the neighborhood.

Zoning. Zoning for the area is MFR-3 with a maximum height of 75 feet. The tower would be some 400 feet, Current zoning calls for a floor/area ratio of 3; this project will exceed that by possible 20 or 30 times. Zoning requirements are meant to protect the neighborhood and “to provide adequate density controls that protect established residential areas and direct growth to areas where it can be accommodated . . .”