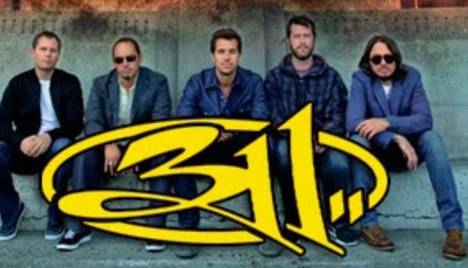 This is important because, in the summer of 2016, will mark the 20th anniversary that 311 played Red Rocks for the first time (June 15th 1996, to be exact). They have played in Colorado nearly every year since that date except 2015. Me, as well as other avid Excitable Crew Members, were disappointed to hear that 311 would not be making a stop in Colorado for their 25th year anniversary as a band and as they released their Archive set. That is why this petition should be supported and sent out to all the 311 fans in Colorado and even across the country. People from all over the country come to the amazing venue that is Red Rocks to rock out to the best bands in the world. I started this because I am an avid 311 fan but I wasn't always. I grew into the band as I saw them over time and every time I saw them, they played Red Rocks. I saw them play with Papa Roach, Unwritten Law, Slightly Stoopid, Tatanka, and so much more. I started seeing them play from Don’t Tread On Me, Uplifter, Universal Pulse, and now Stereolithic. Each year I saw them, I began to find out more songs that I liked that I never heard before and I am still doing that to this day. So far, my favorite song is still Daisy Cutter, which I enjoyed hearing live when they played it at Red Rocks. In the year of 2014, I had the luxury of doing the Meet and Greet package for them when they played at the Fillmore. However, I was misinformed about the seating during the show. I asked around to where we were going to be because I was informed of VIP seating that went along with the Meet and Greet. There was not so I reached out to Red Light Management to ask about the situation. They handled it extremely well and I received a personal letter from the band thanking for the support and apologizing for any confusion there was for the incident. Nick, P-Nut, SA, and Chad could have not been more of a supportive band to a fellow fan. I believe that 311 fans everywhere will join me in support of bringing 311 back to Red Rocks. As amazing of a band 311 is, I know they will listen and do the best they can to bring back the greatest show to the greatest venue in the world. Come back to Colorado 311, everyone nd do the best they can to bring back the greatest show at thewants to be one big Excitable Crew. Join in this petition and let us get some signatures to bring 311 back to Colorado!