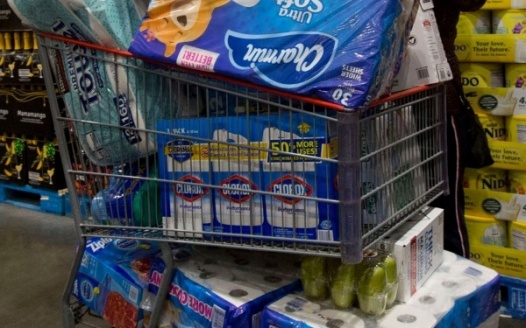 I know at first this could seem like unrealistic idea,and I may be over optimistic in the figures, it could be less amounts,but in these unprecedented hard times and uncertainty we're living in,especially in light of the blinding incompetence and Chaos in the government, while low income classes are suffering more with every passing day,to this day 22 million people lost their Jobs, millions more are struggling. These honest hard working people in their turmoil are in anticipation of any forms of assistance, That's why I directed this petition first to the wealthiest individuals and companies most of whom have great charitable & philanthropic reputation, before the Senate & the house,because the stimulus bill barely helps some not all affected people, and the government couldn't distribute it after two months of its approval................... It is almost hilariously ridiculous that Mike Bloomberg for his bid for presidency spent $500M, and set triple that if he went through, that's enough to pay $4M to every adult in the country if not more ( off course it's ok to pay it for, tv time slots, advertising, events,posters,politicians and lobbyists, but it's not to pay it straight to the people) even though it would've guaranteed him winning the nomination and the presidency itself. And now in our dire situation we have huge opportunity and sources of relief, the average of 400 of the wealthiest individuals in the world as well the corporations,all of whom can easily assist all the struggling people in their time of unprecedented need for financial support AND the economy can be easily Boosted &revitalized at the same time.... If the Forbes 400(or 600) whose worth to be on the list has to be more than $2.1B, contribute to a fund to raise the same or double the amount of Bloomberg's "sum", and these contributions would be tax deductible & credited for the contributors, this fund would be available to the people of these classes and people affected by any degree even people who struggled & suffered before that without discrimination on any basis, I'm hoping this program would benefit 65 to 85 million people from the 336 million,if not more, and it can truly be done directly without needing donation sites or charities that sometimes charge outrageous amounts going up to %45 for each donation. WE HAVE THE FAITH, PRINCIPLES, ETHICS, CONSIENCE, BELIEFS, GOOD HEART to band together and do this.....And lt can be done through several ways but here's couple of examples and anyone is welcome to add or better them :1- Private sector stimulus plan for individuals and families based on income level ( ex; under $25.000/ year receives $2M for individuals and $15.000 for each child ,under $50.000/year receives $1.8M for individuals and $10.000 for each child, under $65.000/year receives $1.1M for individuals and $5.000 for each child) those numbers are examples I hope for, but they could be less depending on the contributions..................2- Through a fund overseen by treasury department, although it could be slower & bureaucratic, with the same conditions or more generous if that is possible. Specially that this money will instantly go back into the economy (mortgages, bills, payments, tuitions, leases, banks or even any other stupid expenses or spending....it will even go back to the donors themselves (in case they do donate) Walmart, Amazon, Ebay, Google, Microsoft, Yahoo, McDonald's, apple, Facebook, Netflix, Disney...etc. It really can be done, but maybe with few conditions like to be tax free first two years on the basis that receiver does not transfer it abroad, and giving certain credits for certain expenses and purchases like essential services & American products,companies, airlines and so on.......It is not a sin to give people more than enough money to pay what they owe, again & apologies for repeating it: bills,mortgages,leases,tuitions, food,transportation, find a place to live ,not to lose the place they have,even spend and lift themselves & the cycle of life and the economy specially in this horrible situation(maybe it's a sin for some that hate this idea of money for regular people and not the one percentage),And I suspect some of them and selfish people will argue against it by any means, It's just giving back and giving back generously in time of historical turbulence & struggles & helping fellow human beings no matter who they are. It is being done every day by good hearted blessed people some are in the 400 list, Although for the exception of Bill Gates and Elon Musk and few others who've done exceptional ,the rest are weirdly silent, but I believe the huge majority of the blessed people in general would eagerly and joyously embrace , participate in such proposal in the hopes of lifting up as much fellow humans as possibly can and give a huge Boost to the country as a whole in the same time, I really hope this proposition gets real thoughtful consideration and support from all classes and the public altogether, Any suggestions, additions,or alterations for better are very welcomed, I only wrote the main ideas & frame as I hope and could. Please seriously consider it and support, support, support in any and every way possible.