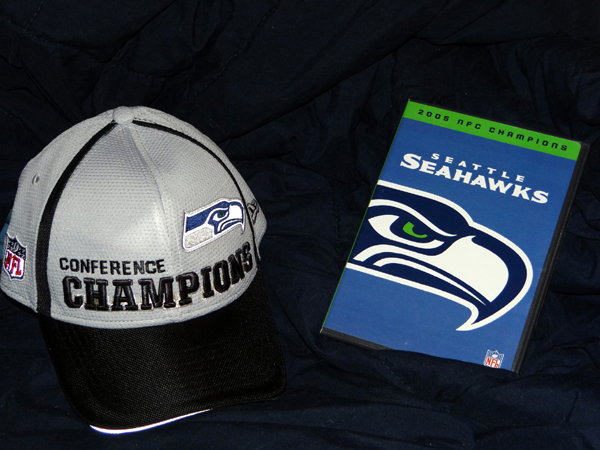 The 2014-2015 Seattle Seahawks season came to a most bitter end Sunday night - one yard away from securing the first back-to-back championships in a decade. Does that mean the Seahawks' season was a failure?

Though they didn't bring back the Lombardi Trophy, our Seahawks once again provided a full season's worth of memories, excitement, and tantalizing football! You've heard it all by now: overcoming personnel changes, injuries, a 3-3 start, a 6-4 start, and a 16-point deficit in the NFC Championship game. I don't know about you, but I was brought to tears at the end of that game alone!

Their story was inspirational. I have used it to teach my children - as it taught me -how to overcome adversity, to keep fighting when every circumstance around you screams for your surrender. It is a story that deserves to be remembered. And what better way to do that than for NFL Films to produce a year-end summary video.

NFL Films has produced a year-end video for every Super Bowl winner for at least fourteen years now. However, from 2004-2008, they also produced four year-end films for the NFC Champion Eagles, Seahawks, Bears, and Cardinals.

I'm calling all 12's out there to transform their grief and frustration to hope, to show support for the team that has given us so much,to sign this petition, to ask NFL Films to once again produce a year-end film for our beloved and inspiring Seattle Seahawks. Both the Patriots and Seahawks overcame great odds to reach Super Bowl XLIX; can we see the Seahawks' story played out on in video form as well?

And how about it, NFL Films? Care to apply your excellence to our Seahawks' inspiring season?