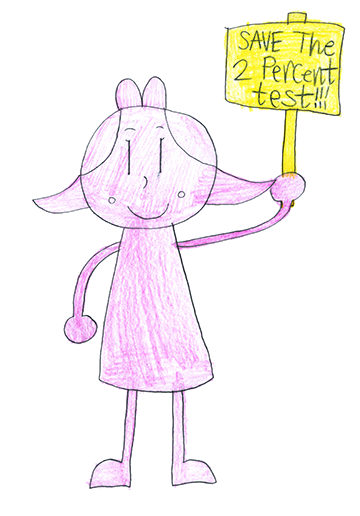 SAVE THE 2 PERCENT TEST FOR FIONA! GO TO http://wh.gov/lvGrS FOR OUR OFFICIAL FEDERAL GOVERNMENT PETITION!!!

GO TO http://wh.gov/lvGrS FOR OUR OFFICIAL FEDERAL GOVERNMENT PETITION!!!
THERE ARE KIDS WITH DISABILITIES THAT TRULY NEED MODIFIED STATE EXAMS.
DO NOT DONATE AFTER YOU SIGN! WE ARE NOT COLLECTING FUNDS!
My child, Fiona, has autism. This isn't a physical impairment but a neuro-biological impairment that dampers her ability to communicate with us. She wouldn't have been in general education fifteen years ago. She is making incredible progress but she needs a lot of accommodations and modifications to make a classroom set up for typical kids work for her.
The US Department of Education needs to know there are reasons for these tests. The classroom isn't what it was 50 years ago, when these rules were made, and I understand that the USDE thinks the tests are doing my daughter an injustice. But you are setting Fiona up for failure. The teachers at her school work tirelessly to reach Fiona. It is a daunting and sometimes discouraging task. You have to work on certain tasks for years with her. She is so far behind in her language skills, and this is not the fault of the teacher. No teacher should be penalized for her inability to pass a test, especially if you are taking her state modified test away.
I equate you taking her modified test away to taking her Special Olympics away. Please let Fiona be proud of herself and take the STARR Modified Test.