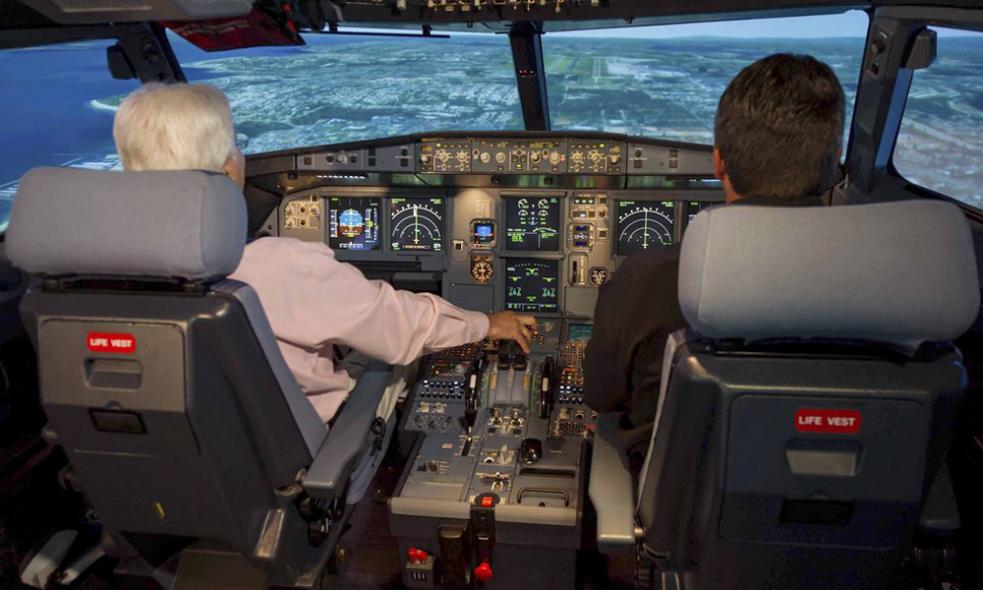 At least 2 Crew Members Always in the Cockpit into EU Flight Regulations !

After the very sad event of Germanwings flight 4U9525 leading to the crash of Airbus 320 D-AIPX on 24 March 2015, it looks like the co-pilot was alone in the cockpit during the pilot's leave and deliberately initiated the plane's decent. Meanwhile it seems that he also locked the door so the captain could not re-enter. This led to the deaths of more than 150 onboard.

The investigations will find out the exact details, but based on the above information from the Marseille press conference by French prosecutor held on 26 March 2015 and the press conference of the Germanwings CEO the same day, the following must be implemented with immediate effect in EU flight regulations:

There should always be at least 2 crew members in the plane's cockpit.

Example: in case the captain/co-pilot leaves the cockpit to go to the toilet, a steward/ess should replace him for the duration of his leave. This would give a chance for the stewardess to open the door for the captain, who could do whatever he can to avoid an accident or disaster. The attendant could also detect and question any irregular action on the spot (e.g. why not letting the captain back).


VERY IMPORTANT! There is a huge difference between a company policy on the same and an EU regulation - just think about non-compliance with the above! EU regulation and sanction could be much more effective!

Details of the regulations should certainly be elaborated by the relevant bodies.

Please sign this petition if you agree with the above suggestion. Also use share buttons on the right -->

Update: Good news that after Norwegian, EasyJet, AirLingus other airlines already said they would implement the above. RyanAir has this rule implemented even earlier.
HOWEVER this should not be only an airline decision, but an EU regulation. Airline decisions can be changed (I am not assuming they would do it), but an official EU regulation would ensure it is mandatory for every airline across EU.