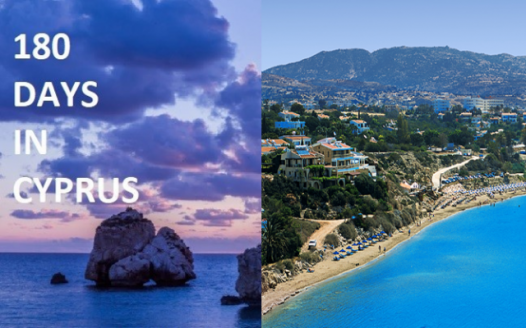 Change to the Temporary Residency Permit to allow former EU citizens to travel freely and/or to use their holiday homes as they did in the past.

716 people have signed this petition. Add your name now!

The Honourable President Mr. Nicos Anastasiades of The Republic of Cyprus

Subject: Request for a change to the Temporary Residency Permit (The Pink Slip) to allow former EU citizens who want to maintain their UK Residency to travel freely and/or to use their holiday homes as they did in the past.

We are writing to you to seek your support for our Facebook group campaign 180 Days in Cyprus - www.facebook.com/groups/180daysincyprus

We are requesting for a better deal for UK Nationals who want to maintain their UK Residency but own property (or rent long-term), who are now former EU citizens due Brexit which has come into effect.

Since the 1st January 2021, these owners – who bought or rented their properties in good faith – will be limited to the very restrictive terms of the 90 days in 180 Cyprus immigration rules.

A substantial proportion of those who own property in Cyprus also have ties and commitments in the UK – relatives, children, grandchildren and work; they have invested financially and whole heartedly in homes they can no longer use freely. The only current alternative is to become a Temporary Residency of Cyprus. This is not practical for many ‘part-timers’ due to the inflexibility and the automatic cancellation of the permit when you are outside of the country more than 3 months.

As you know the Temporary Residency Permit, allows Non-European Union passport holders to extend their stay in Cyprus for more than 3 months (90 days). It also enable tourists and visitors to extend their stay no matter what was the duration of their initial visa. The problem with this temporary residence permit is that if you leave Cyprus for more than three months continuously, the permit is cancelled automatically.

We request if it is possible for the Cyprus Government to tweak the rule and change the automatic cancellation of the Temporary Residency Permit (Pink Slip) from 90 days (3 months) to 180 days (Just under 6 months) if you are outside of the country continuously. This as you can understand will resolve the dilemma faced by the many UK Resident Retiree (Non EU Citizens) Property owners. It will give them the flexibility to travel to Cyprus and use their properties as they did in the past.

If this is not possible, we kindly ask the Cyprus government to consider granting special permits or visas to those who own property (or rent it on a long-term basis), to enable stays of 180 days continuously in 360 – thus giving us the flexibility to have up to six months continual stay in Cyprus at one time. We believe this would be possible through bilateral agreements with the UK Government or via issuing recurring Limited Territorial Visas or some similar mechanism.

There are many British property owners who may be forced to sell. For many, it is the end of their Cyprus dream and of their passion for “The Cyprus way of life”. It is likely that Future British buyers will not wish to purchase if no flexibility can be found and will look to other countries which can accommodate their needs. This will have a direct impact on the local economy and future long term growth, especially in relation to the Grey Pound. France already offers long-stay visas with no restrictions on how long you are outside of their country, Greece is considering a number of options as they plan to invest and become the Florida of Europe for retirees. Cyprus already has this status for British Retirees in the Paphos Region and we believe if no solution can be found, they will lose this status. We need to attract and protect current and future retirees to this beautiful Island. Cyprus led the world with a very generous Investment Golden Visa Schemes to those outside the EU who invested in property and we believe now it is time to offer a new program that adapts to life after Brexit. We need to protect, stimulate the economy and the real estate market now and in the future, which has been badly hit by the Coronavirus pandemic.

I sincerely hope you would be prepared to support our campaign. I ask for your views and for your help in presenting our case to the Cyprus Government and authorities.