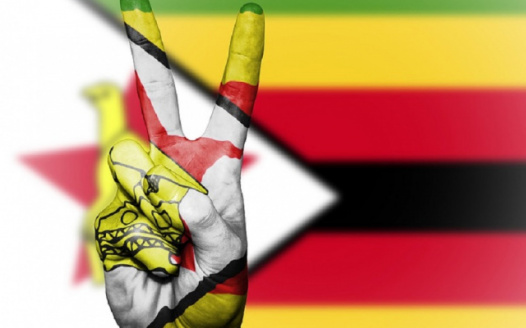 PETITION TO THE PRESIDENT, THE LEGISLATURE OF ZIMBABWE, AND ALL APPROPRIATE, ORGANS UNDER THEM.

We, the undersigned being Citizens of the Republic of Zimbabwe state as follows:-

WHEREAS: TAJAMUKA / SESJIKILE CAMPAIGN is a movement composed of Zimbabweans with a common purpose to forge a path to the social and economic prosperity of the nation Zimbabwe

NOTING THAT: The Constitution of Zimbabwe is the Supreme law of the country and any law, practice, custom or conduct inconsistent with it is invalid to the extent of the inconsistent.

FURTHER NOTICING THAT: The founding values and principles of our country in terms of Section 3 of our Constitution, inter alia, include:-

(a) Recognition of the inherent dignity and worth of each human being.

(b) The respect of the rule of law and

CONSCIOUS THAT: Section 59 of the Constitution of Zimbabwe endows upon us the right to peacefully petition Government and Parliament over issues that affect the citizens ,Government Policy and Legislation.

CONSCIOUS THAT: Section 67 (2) (d) entitles every Zimbabwean citizen to participate individually or collectively in gatherings or in any other manner in peaceful activities “to influence, challenge or support policies of the Government or any political or whatever cause”

WE NOTE: With grave concern the failure by Government to keep its electoral economic promises, the economic meltdown in the country and the unexplained disenfranchisement of the citizens' savings through the introduction of shadowy economic policies and Austerity measures which mainly affecting the poor.

We do hereby state the following:

1. Upon the introduction of the Bond note the Government of Zimbabwe guaranteed us and the citizens at large that our savings would remain at par with the United States Dollar (Gedye Gedye)

2. That , the Governor further promised that ,our savings and salaries would not be affected by the new monetary policy introduced, but that it was only an incentive for exporters.

3. That the Reserve Bank Governor promised that he would resign if this monetary policy failed or if our savings and pecuniary be eroded as a result of his policies.

4. The President, promised the nation sufficient Energy (fuel) (Electricity), jobs, housing and food it elected. The President further undertook to ensure that Justice is done to the perpetrators of the August 2018 Army shootings in terms of the Mothlante Commission Recommendations.

5.1 All our savings have been eroded and the pockets of Bankers, Politicians, and Cartel Mafias unjustly enriched.

5.2 The value of salaries previously pegged in United States Dollars reduced by 80%.All trade Union representatives who have attempted to engage in Lawful collective bargaining and demonstrations have been unlawfully muzzled by state agents. Most of the representatives are either on bail or slapped with suspended sentences. Workers as a collective are now left with no effective bargaining mechanism save to stage sleep ins and plead incapacity to their employers.

5.3 Inflation has risen by 100% and the prices of basic commodities increased in like fashion.

5.4 Electricity supply has reduced next to zero and the Electricity regulator has declared a stage 2 load shedding affecting production for 19 hours a day, thus affording citizens 5 (witching) hours to be productive at night.

Fuel supply has decreased and fuel prices have increased by 600% while the ordinary citizen's income has not been accorded the policy privilege to so increase.

5.5 The right to freedom of movement beyond the Zimbabwean borders has been restricted by security agents and intelligence operatives at every port of entry who now confiscate travelling documents of individuals, especially human rights activist and at times arrest activists for participating in lawful and peaceful human rights initiatives.

5.6 Notwithstanding the anti-corruption initiative and drive by the state, the President has been “alleged” to own or hold personal interests in various entities in the key commercial sectors in Zimbabwe and despite these serious conflict of interest allegations, the President has not bothered to go public and clarify the actual position to the electorate.

6. The policy decisions, actions and customs by the state, have caused untold hardship and torture on the citizenry and are clearly inconsistent with the founding values and principles of our country and Constitution in that:-

6.1 Our dignity has been taken away leaving us paupers and refugees in our own country

6.2 The Government and the Governor of the Reserve Bank have refused to be accountable and accept responsibility for their actions and the worsening economic conditions in Zimbabwe.

6.3 The end (and not the means) of all the policies point to lack of Good Governance and a poor legislative agenda.

7. We call upon the President of Zimbabwe to forthwith or in any case within 7 days:-

7.2 That salaries be pegged to the exchange rate against the United States Dollar.

7.3 That the Reserve bank of Zimbabwe Governor resigns as per his promise to the citizens of Zimbabwe.

7.4 That Electricity supply and fuel supply be guaranteed and restored

7.5 That the President Guarantees the dignity of all citizens rich or poor and the provisions of basic human rights such as food shelter and energy.

7.6 Prosecute all soldiers that murdered innocent citizens on 1 August 2018.

7.7 That in the interests of accountability and good governance, the president should declare all his direct and indirect personal commercial interest in and outside Zimbabwe.

8. We further call upon parliament to desist from a partisan legislative agenda that turn the honorable house into a circus and move the necessary motions that promote national development.

WE FURTHER CALL UPON ALL WILLING CITIZENS of Zimbabwe, in terms of Section 67 (2) (d) of the Constitution which endows upon us, individually or collectively, to participate in peaceful Activities (including a mass stay away) to influence and challenge policies of the Government.

We accordingly call upon all our members and progressive willing citizen to shutdown business and stay away from Monday 1st OF JULY 2019 until the President and Parliament address our concerns and restore our dignity.

This Petition shall also be signed on line and the list of signatories may be accessed online.